I could be wrong here, but I have followed a couple of traditionally published authors for a few years now and from my observations, it appears like they are now doing a lot of their own legwork. One of the perks to being traditionally published was that the author didn’t have to do their own marketing. If I’m wrong, please feel free to correct me on this, but I have seen these authors having to do their own book release marketing. I personally don’t mind it, but I would rather have the larger royalty and do it on my own.

Indie authors get a higher percentage of their royalty whereas traditional authors usually get more exposure due to the “big name” of their publishing house.

The books get published and sold (hopefully) to adoring audiences. 😀 They will both get positive and negative reviews (unless the book is horrible and should be destined for the trash heap). They will all get writer’s block at least once in their lifetime.

Why I Chose the Indie Route 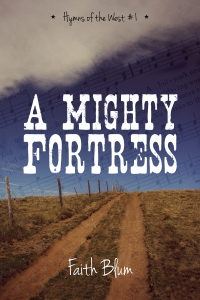 It all started in September 2012. A dear friend of mine told me about a writing contest. She knew I liked to write and I looked into the contest. It looked doable, barely, so I worked hard on polishing up the really bad rough draft of “Hold Fast, Stand Strong.” After rewriting the whole thing from first person into third person and changing a LOT, including making it at least twice as long as the original draft, I came out with a workable new draft of the book I now have titled, A Mighty Fortress. The grand prize for the contest was publication through WestBow Press and possible later publication through Thomas Nelson. I didn’t win, but I learned a lot during the process of editing that book about myself and about the publishing world.

At this time, I was also heavily involved in a writing forum called Holy Worlds and had three friends on there who were either published independently or in the process of publishing their books independently. When I didn’t win (but I did get semi-finalist), I had a decision to make. Should I try to pursue traditional publishing or go with Independent publishing?

I’m an avid reader and up unt

il about 2013 I had read only traditionally published books. I noticed a few things in regards to them. One being that the people on the covers often didn’t match the people in the books. Looks-wise, I didn’t care, it was the “littler” things like hair color that really bugged me. One series in particular was really bad. On each cover, all three members of the family have brown hair. In the books, all three of them are blonde.

So when I was weighing whether to try to send the query letters, get an agent, and deal with all that hassle, plus adding in the facts that the covers may not match the book and that I might have to change something in my book that I really didn’t want to change, the decision was easy.

With indie publishing, you can choose your cover either by making it yourself or hiring someone to do it to your specifications. You also don’t have to delete the scenes “they” feel are “too controversial” or add scenes you really don’t want. In other words, I wanted control of every aspect of the publication process.

I’m not really that controlling of a person, but when it comes to what God has given me to write, I don’t want that to be stifled by a publishing house. Plus, I had friends who helped me along the way. Thank you Aubrey, Molly, and Grace!

What about you? Are you a published author? Which route did you choose? Are you an aspiring author? What route do you plan to choose? Feel free to ask other questions about the publishing process.

June 9-Self-Publishing: How to get started.

0 thoughts on “Self-Publishing: My Journey”