Title: Not Abandoned
Written By: MacKenzie Morganthal
Genre: Christian Suspense
Recommended Ages: 13 & up (due to the topic, not the content)

Human trafficking. It’s something that most people don’t talk about, but it happens every day. Maybe you know someone who just disappeared and was never heard from again. This is a reprehensible crime, so why don’t more people talk about it? MacKenzie is trying to change that in whatever way she can. In this case, writing a book about it.

DesiRae, Haley, Caryn, and Avery. All four girls connected in some way, but so distant from each other. Each of them different, each of the unique, each of them touched by human trafficking as three of the four are ripped from their families and forced into a horrible life. MacKenzie did a good job of keep each character unique and relatable. 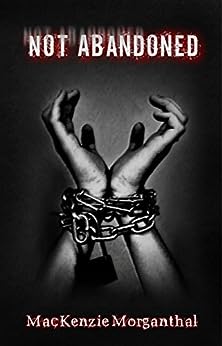 The dialogue appeared to be accurate. There were a few times I wondered if some of the people would truly have reacted the way they did, but I have no idea and trust that MacKenzie did her research.

This is the only place where I will be a little negative about the book. Overall, the plot was good. It was engaging and not too predictable. However, I’m stuck on the ending. The ending seemed too rushed. I liked the epilogue, but I feel like there should have been another chapter between the last chapter and the epilogue to tie them together a little more. The last chapter hints that a particular thing will happen and then BAM the epilogue slowly hints at the same thing until someone finally says it. The epilogue would have been more powerful to me if we had seen this thing happen in an added chapter.

MacKenzie has a gift for writing. She showed more than she told and she did a good job at both to make a book that could get full credit in the un-put-down-ability category.

Speaking of… Well, let’s just say that I didn’t really want to put this book down ever. But when you are married, you can’t stay up until all hours of the night to read anymore, so I had to put it down a couple of times.

I think this book is a very important one for any teen and parent to read. Be very, very careful of your friends. Don’t trust them with just anything. If your parent tells you there is something that bothers them about the friend, listen to them and be cautious. Parents can been very smart and know a lot of things. And parents, I hope you will read this book and even if you don’t, get involved in your teens life. Don’t let them do whatever they want to do.
Okay, I’m done preaching now. I hope this review has helped you and that you will read it if you haven’t already.

1 thought on “Not Abandoned: A Review”