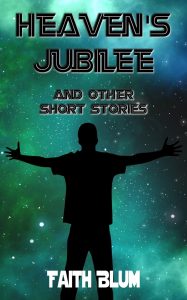 Heaven’s Jubilee
Followers of The Way were being rounded up, but I never expected to be one of them. I wanted to ask God, “Why Me” but would it do any good? Instead, I prayed for strength and endurance, little knowing how much I would need it.

Zane’s Consequences
I’d always done things my way. Why would my flight test be any different?

Hope is All that is Left
Our parents had been arrested and Liz and I now hid from unknown enemies. We had nothing left until we remembered one thing: The hope that spring would come again.

Darren’s Choice
I never should have signed the contract. Not without knowing what my invention would be used for. Now I had a hard choice to make. Violate my conscience or forfeit my life?

New Life
So much pain. So much suffering. We were sick without cure until the angel came.

Star Kitty: The Data Files
My name is Data and I am a cat. I never expected to go on a spaceship or become a hero. Somehow, though, God had plans for both to happen. This is my story.

Purchase Paperback on Amazon for $4.99! 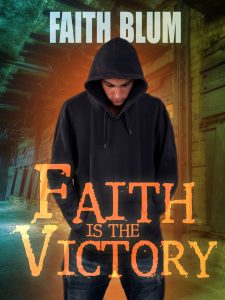 I don’t like change. I know most people get used to it, but I have never been able to. When Dad announced their move and I couldn’t go with them, I didn’t handle it well. Would I ever find the faith to be victorious?

Content warning: A character does attempt suicide, so please read with caution

Purchase Paperback on Amazon for $4.99! 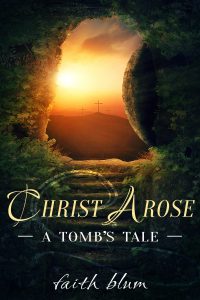 And, behold, there was a great earthquake: for the angel of the Lord descended from heaven, and came and rolled back the stone from the door, and sat upon it. His countenance was like lightning, and his raiment white as snow: And for fear of him the keepers did shake, and became as dead men.

No longer could I say I was lonely. But oh, how I wish I could! Who could have done such a thing to the Creator of the world? Who had so much hatred for Him? 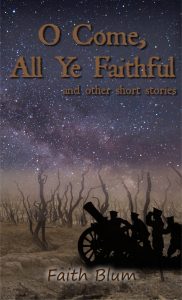 O Come All Ye Faithful
Edwin wanted to be home, but instead he crouched in a trench. The English on one side of No Man’s Land and Germans on the other. What a way to spend Christmas. Could anything make it better?

Peace on Earth
Emmie and Elana are estranged sisters, torn apart by an old boyfriend five years earlier. Will they survive a night in the same hotel room after a blizzard forces them together or will peace on earth go out the window?

Silent Night
Christmas decorating had never gone this wrong. Jenna had just started when a crazy, gun-waving woman, walks right in the front door and ties her up in her own Christmas lights. Will Jenna even see her family this Christmas?

The Gift Goes On
Four friends and a year to reflect on. The year had been good for Carlotta, but Priscilla, Remus, and Newton all had at least one trial through the year. A mysterious giver the previous year had helped them all out, though. What would this year’s gifts bring?

O Christmas Tree
Gareth loves Christmas. But more than that, he loves Christmas tree hunting. As the family prepares for their annual trip, Gareth can barely contain his excitement. But what are all the spray bottles for?

Purchase Paperback on Amazon for $6.99!