The last cover is ready to be revealed! What do you think of them all?   About the Book The mountains have imprisoned her long enough. Edna Sue O’Connell came back to the Kentucky hills out of duty and can’t wait for the chance to escape again. Her work as a horseback librarian in rural […]

And today is the day for Anita’s cover reveal!   About the Book Can two lonely people find more than a fleeting friendship or will a prejudiced town keep them apart? When Ivory Bledsoe left the city to minister to the people of the rural mountain town of Willow Hollow, she never expected to be […]

And today is the day for my own cover reveal! I am so excited to share this book with you. But first, the cover   About the Book Her heart is in the right place… Bored with her life in Castle Town, Montana, Lillian Sullivan follows her friend’s suggestion and joins the horseback librarian program […]

Hello! It has been a while. *hides* But I have a bit of a treat for you this week. Not just one post, but four! Why? Oh, just for a little cover reveal. For four books. Remember when I told you about the Librarians of Willow Hollow series? Well, we have been working hard on […]

Title: Firmament: No Man Written By: J. Grace Pennington Genre: Christian Science Fiction Recommended Ages: 10 & up Introduction: I have been reading Grace’s books since she first started publishing them. Each one has been well-written and entertaining and No Man is definitely not an exception in that! Characters: 1/1 Ever since I first read […]

Looking for a clean romantic read? Check Jaye Elliot’s newly released book, No Chance Meeting. You can read all about it below, and don’t forget to enter the giveaways! About the Book Alex Jennings is done with life. After losing her brother in Afghanistan, everything has collapsed around her. Getting laid off from her day […]

I have a new book cover! Love Lifted Me is inspired by both Cinderella and Song of Solomon and is set in the time just before Solomon becomes king. This novella is the last book in a 5 book series, but can easily be read by itself. The book will be releasing on March 26, […]

About the Book Book: Practically Married Author: Karin Beery Genre: General Market, clean fiction, women’s fiction, contemporary romance Release Date: October 22, 2019 She moved to a new town to marry her fiancé. Instead, she’s burying him. Ashley Johnson moved to northern Michigan to finally meet her fiancé face-to-face, but she arrived in time to […]

Once Upon a Bowl of Oatmeal (paperback cover) My latest writing project is very different from anything else I’ve written. It’s a cookbook! But those who know how much I love fantasy might not be surprised that this cookbook ended up with a fantasy theme. Many of the recipes have names inspired by fairy tales […]

About the Release Are you a single who has been in this singleness journey a little longer than you anticipated? This week is the release of Amanda Tero’s contemporary fiction novella, “Wedding Score.” Main character Stephanie is there with you as she’s suddenly thrown into a season of discontentment and impatience. Told in a […] 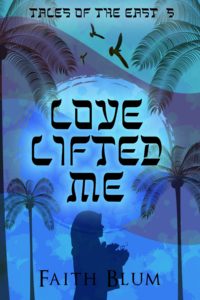 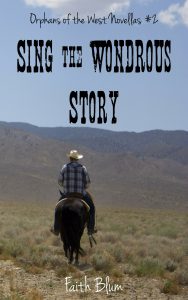